Legal Myths About Hiring, Firing, and Signing on the Dotted Line 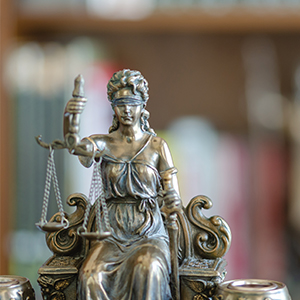 Any practice owner can tell you that hiring their first employee was one of the most exciting – and overwhelming – moments in their journey.

Similarly, starting a new job, negotiating a contract, or leaving a practice can be some of the most exciting, frustrating, or confusing moments in a physical therapist’s career. Here, we unpack some of the most common myths that make employment matters more muddled than they need to be.

The term “1099 employee” is a misnomer that conflates the concepts of employees and independent contractors.

It’s important to avoid misclassifying an independent contractor as an employee. The IRS can impose significant fines and other penalties against employers who misclassify workers. For example, a physical therapy practice that hires an independent contractor is not responsible for withholding FICA taxes from compensation as they would for an employee – if the IRS determines that this classification was erroneous, they may view the practice as attempting to avoid paying those taxes.

The legal distinction for practices

If a patient sues the practice for negligent treatment, sexual misconduct, discrimination, or other reasons, the accused worker’s true status as a contractor or employee can dramatically impact the practice’s liability to the wronged patient.

Ideally, each worker at your practice signs a minimum of three documents:

One of the most common misconceptions about HIPAA is that everything that happens within the walls of your practice is confidential. HIPAA policies and workforce confidentiality agreements (and policies!) serve very different goals.

A worker confidentiality agreement protects the practice’s trade secrets and private business information. This might include documents, marketing strategies, employment decisions, or financial information – just to name a few. A practice’s employee handbook should describe the contours of business confidentiality, and each person should sign a contract in which they agree to protect this information. This can help prevent a current or former worker from using their confidential knowledge to compete with or harm the practice.

In contrast, the HIPAA confidentiality agreement explains the worker’s obligations when handling protected health information (PHI) that they encounter at the practice. Importantly, HIPAA policies operate to protect PHI, prevent privacy or security breaches, and insulate a practice from a worker’s HIPAA-related misconduct.

MYTH 3: INDEPENDENT CONTRACTORS CAN BE CONSTRAINED BY NON-COMPETES.

So many independent contractor agreements contain non-competition clauses (“non-competes,” for short). A non-compete agreement is one where the worker agrees that they will not work for a competitor or open a competing practice within a specific time and location after leaving the practice. Employers have more power to enforce non-competes against employees, but they are frequently unenforceable against contractors.

Unfortunately, it’s not uncommon for practices to misunderstand the limitations of non-competes. They often include them in their contracts and then seek to enforce them – through cease-and-desist letters and eventually litigation – after the therapist leaves their practice.

If the practice sues the therapist, the judge will determine whether the non-compete clause is enforceable by evaluating whether its duration and scope are reasonable. In most situations, they answer is a resounding “no” – independent contractors are typically considered self-employed, and it’s thus unfair to bind them to the restrictions that apply to those actually employed by the practice.

Enforcing such a clause would too often result in an unreasonable restraint on that therapist’s ability to practice their profession – something courts are loathed to do. For this reason, some states prohibit all non-competes (whether you’re an employee or a contractor).

MYTH 4: A PRACTICE NEEDS A REASON TO FIRE SOMEONE.

The permissible grounds for firing someone depend on the specific state’s labor and employment laws. Most states follow an “employment-at-will” model (including NY, IL, and TX), although an employment contract might require that the practice fire an employee “for cause.” If the employer promises to only fire an employee for cause, the contract probably also requires the employee to give the practice an extended period of notice before quitting.

“For cause” firings are the exception

To fire someone “for cause,” the practice usually needs to establish that the employee’s conduct was fundamentally inconsistent with their obligations to the practice, or that it harmed the practice’s business, reputation, or patients. Most states don’t require terminations to be accompanied by “cause,” although an employee’s contract might change this.

In contrast, “at-will” employment allows either party to end the employment relationship for almost any reason (or no reason at all). There are, however, exceptions to this permissive approach.

In most at-will employment states, a practice cannot fire someone for a reason that undermines public policy, or a state or federal law. For example, at-will employees generally cannot be terminated because of their age, race, religion, gender, sex, marital status, or sexual orientation. If an employee were fired for one of these reasons, they might sue the practice for wrongful termination.

In some states, at-will employee might have an “implied contract.” This means that, if the worker had a subjective expectation of fixed-term or even indefinite employment based on the employer’s oral assurances (note: this means there need not be a written contract), the employer may not be able to fire them without cause. Implied contracts might include a supervisor’s statement, an employer’s custom of only terminating workers for cause, or the employee handbook’s explanation of termination procedures. For example, comments like “We need good people around here, you’ve got a job for life!” or “We don’t dismiss employees without giving them a chance to correct their behavior,” might create an implied contract.

A minority of states prohibit employers from firing workers for malicious purposes or in bad faith. This generally includes firings that retaliate against the worker for lawful behavior (e.g., a PT informs a patient of a HIPAA violation), and it can also include firing older workers to avoid paying retirement benefits (unfortunately, “age discrimination” is alive and well in many workplaces). Other states prohibit terminations just to avoid paying a worker increased compensation or an earned bonus.

Each practice should have a lawyer familiar with their state’s employment laws to navigate these issues and help reduce their liability. Before beginning or leaving a job, it’s also important for therapists to retain a lawyer to review their contract. Contract reviews aren’t just about salary negotiation – they can help identify clauses or restrictions that could place you in legal jeopardy down the line.

Connor D. Jackson is a founding partner of Jackson LLP Healthcare Lawyers, where he focuses his practice on the business side of health care law. Connor is licensed in New York, Illinois, Texas, Michigan, and Wisconsin. He can be reached at Connor@JacksonLLP.com.

Please note that this article is not intended to, and does not, serve as legal advice to the reader but is for general information purposes only.

*The author has a professional affiliation with this subject. 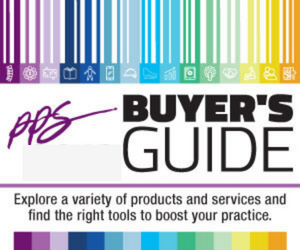 Help us shape the future of the Private Practice Section by volunteering today. Match your interests and strengths with the section’s volunteer opportunities. We want you to have the best volunteer experience possible. Not sure where to apply your talents? We will work with you to discover the committee or task force that best suits your interests, skills, and availability.

Are you a PPS Member?
Yes No
Please sign in to access site.
THANK YOU
Enter Site!